The Sherman Volunteer Fire Department was formed in 1954 with the first station being built that same year. The first official meeting was held in October of the same year. The first Sherman fire apparatus was proudly on display for the first ever Sherman Homecoming that year. The apparatus was built by Mr. Mack Withrow from donated parts. It was an old Army semi-truck with gas tanker that had been retrofitted with a rear platform for the pump. The first drivers of the apparatus were Mr. Don Arnold and Mr. James Johnson. In 1954, members would be summoned to the station by an outdoor siren.

The Sherman Fire Protection District was organized in 1960 with the new Board of Trustees being seated December 15, 1960.

The second station was dedicated July 20, 1975 with the third and current station being dedicated on July 10, 1994. 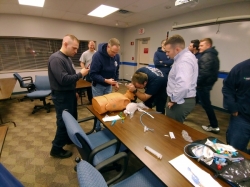 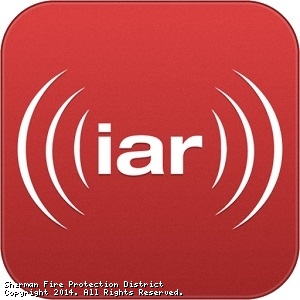 This site has been viewed 105,127 times.
Pictures
Apparatus
Maintained by the members and staff of Sherman Fire Protection District. Designated trademarks and brands are the property of their respective owners. Copyright © 2006-2022. YourFirstDue Inc. All Rights Reserved. Content on this web site is supplied by Sherman Fire Protection District. YourFirstDue Inc. cannot be held responsible or liable for any content, text, pictures, or any other media found on this web site.
Management login
Powered by